Skip to content
The new year has rolled around, and while 2017 has started new beginnings for some, or continuing legacies for others, we’re now sitting in 2018 wondering, well.. what next? We’ve seen some crazy festivals, tours and albums last year. We’e said goodbye to a few huge legends of rock, too. It’s been an emotional rollercoaster of a ride, so entering 2018 on a positive note, here’s all the things to look forward to.

Later on this month, Fall Out Boy will be releasing their seventh studio album, Mania. The boys who were once the kings of emo have since matured, entering new chapters of their music careers – and showing no signs of slowing down. With every tour selling out and a huge supporting fan base, Fall Out Boy is one of the most successful punk rock bands that started their career early in this millennium. Consisting of 10 tracks, Mania has had its release date already pushed back, with Patrick Stump stating: “the album just isn’t ready, and it felt very rushed. I’m never going to put a record out I genuinely don’t believe is as strong or valid as the one that came before it and in order to do that we need a little bit more time to properly and carefully record solid performances.” 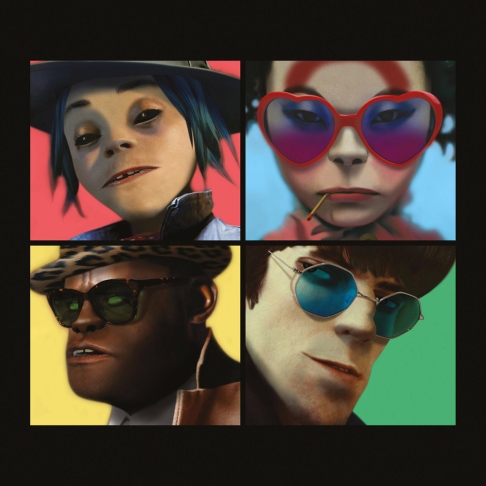 This year sees the likes of Judas Priest, Gorillaz, All American Rejects and Andrew W.K crawling out of the woodwork to release new material, making it one of the biggest years for our nostalgia. The Offspring, who hasn’t even released a teaser of what’s to come, came clean about their plans during an interview during Rock in Rio. “It is true. We’re working on something,” the lead singer Dexter Holland says. “We have been, yeah, for a while. We’ve got a few songs already done. We want to do a couple more and we definitely wanna get something out soon. Our fans have waited long enough, I think, so we want to get something in their hands that they can listen to and hold and put in their ears,” guitars Noodles adds. The interview finishes with Holland adding, “2018, for sure.” With the appearances that The Offspring are making among festivals this year, we could be seeing the album dropped before summer rolls in.
https://www.instagram.com/p/BdcwdKcFYLj/?taken-by=penelopetreeuk
UK bands such as Penelope Tree are hard at work creating their next masterpiece, while Cardiff based These Five Years are ready to launch their EP, How It’s Been on January 18th in Gwdihw Cafe Bar.

February sees the release of Senses Fail’s If There Is A Light, It Will Find You. Last year, Sensed Fail dropped their most recent track, ‘Double Cross,’ that’s brought on a massive flurry of excitement to them once again. It’s an album with a lot of promise, bringing the excitement back to the band that brought us Let It Enfold You with lead singer Buddy stating: “it’s the closes to Let It Enfold You” and not only that, but the news of former drummer Dan Trapp returning for the new album, it’s easily one of the most anticipated albums of 2018. Not only that, but alongside Senses Fail, Escape The Fate will be releasing their next album, I Am Human. According to critics, the album is the most real, raw and relatable sound they have produced. Kevin Thrasher, Escape The Fate’s guitarist described their track ‘Empire’ as “their own little party anthem with a dark undertone.” It’s definitely an album that’ll be worth a listen with hopes that it’ll rekindle our love for Escape The Fate.

Other bands such as A Perfect Circle, Black Veil Brides and Death Cab For Cutie are also rumoured to be releasing new material at some point during the year. It’s an exciting year to be part of an ever growing and expanding industry. There are bands adhering to our inner children, while others are diversifying in ways we never thought we would see. The excitement surrounding the upcoming releases this year is enough to get you pumped and kickstart your enjoyment of collecting hard copy versions of music.

Want a reminder, or just some new music? Enter your email here and we’ll make sure you get your monthly dose of new music straight to your inbox!