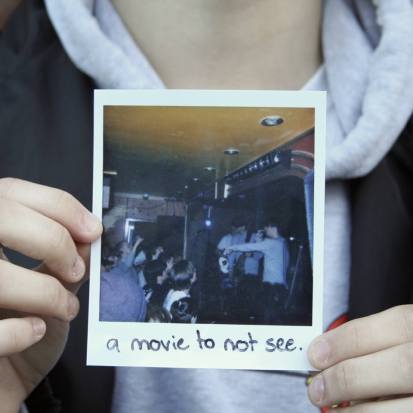 Sullen State released their debut EP, A Movie To Not See on the 31st that is condensing the sound of some of the biggest names in pop-punk into one. Liverpudlian five-piece has taken their influences to create the modern day sound that has brought the scene into so much light recently, and their EP is definitely appealing to fans of Title Fight and The Story So Far, who have become massive icons within the industry in recent years.

The four-track EP is a brief introduction to the sound of Sullen State, proving that the band has massive potential in the growing scene. Already having such a clear direction in mind, Sullen State is the perfect example of the dedication and passion that the UK scene has for the music. The first track, ‘Songs and Novels’ quickly gives you a feel for the mixture that Sullen State has taken influence from. Using their instruments to give grips to the tone that they have, ‘Songs and Novels’ is of crisp production showing sheer talent in their early career with a plethora of areas explored. With heavy undertones, the track is mismatched in the most perfect way to combine each instrument to show each individual contribution. ‘Apprehensive’ is a slower track, heavily dependent on the vocals to pack that punch. It’s poetic lyrically, making it one of the stand-out tracks that stick with you way after the initial listen. Cliche to say that a track is ‘catchy’ but the slow tempo of the music, along with its short run-time makes it a memorable track that brings it to the forefront. Pushing them aside from the norm, Sullen State have truly combined their influences in a multitude of areas from lyrics, beats and appeal. In short, the band have already impacted on the scene and pressed their stamp permanently to become a memorable band from the get-go.

‘Compassion’ brings the harshness of the band to life, with combative vocals matched with a heavy, depth-bearing bassline that really brings the track alive. In all, the track is balanced in its tempo – although the limelight definitely shines on the drums. Despite the moments of fast-paced instrumentals matched equally throughout all aspects of the track, drummer [name] takes the track into an entirely new league. Brilliantly and passionately carrying the song, the same level of commitment and hard work can be heard in ‘Null.’ The pugnacious tenacity in the last two tracks of the EP is what brings Sullen State into their own, giving them that unique edge bands spend years thriving for. The way that they have mixed their hard-hitting theme’s with melodic, distorted guitars along with complete, well-kept rhythm throughout brings the Liverpudlian quintuple out of the pop-punk normality. A Movie To Not See is a brilliant starting point, showing the potential behind Sullen State.