Hailing from Trinidad, Hail The Hatter released their first album, Discovering Light earlier this year with a clear motivation for proving that rock and roll isn’t quite dead yet. The freaky five-some give off an alternative Alice In Wonderland vibe with the visuals chosen for Discovering Light and their sound – compiled of a range of influences does create a truly unique sound that differs from their inspirations. It’s a punk rock sort of feel, shaping nicely into early era The Offspring crossed with Rob Zombie love child. A weird combination, but works in their favour giving them a sort of charming appeal. The intrigue that Hail The Hatter piques is what Discovering Light draws its success from, with fluctuating tempos and a mixed bag of talent that intermittently shine. Speaking with lead vocalist Jonathan Boos, he sheds more light into this riveting rock and roll band who’s spreading the message of enjoyment.

“We have been together for just around three years,“ Boos starts, The band pretty much started when Dax and I were introduced by a mutual friend. I had been itching to get back into music, and was told by a friend that Dax may be interested. So Dax and I met up, and realized pretty quickly we both had the same perspective on modern Rock music.” Taking influence from rock legends such as Black Sabbath, Megadeth and Pantera, Modern names such as Sikth and Code Orange make an appearance, giving the band an edge on their production. “We both found it had gotten to tame. It seemed as though in order to be taken more seriously as musicians, modern rock acts had abandoned the elements of fun and danger that had made rock music popular to begin with.” 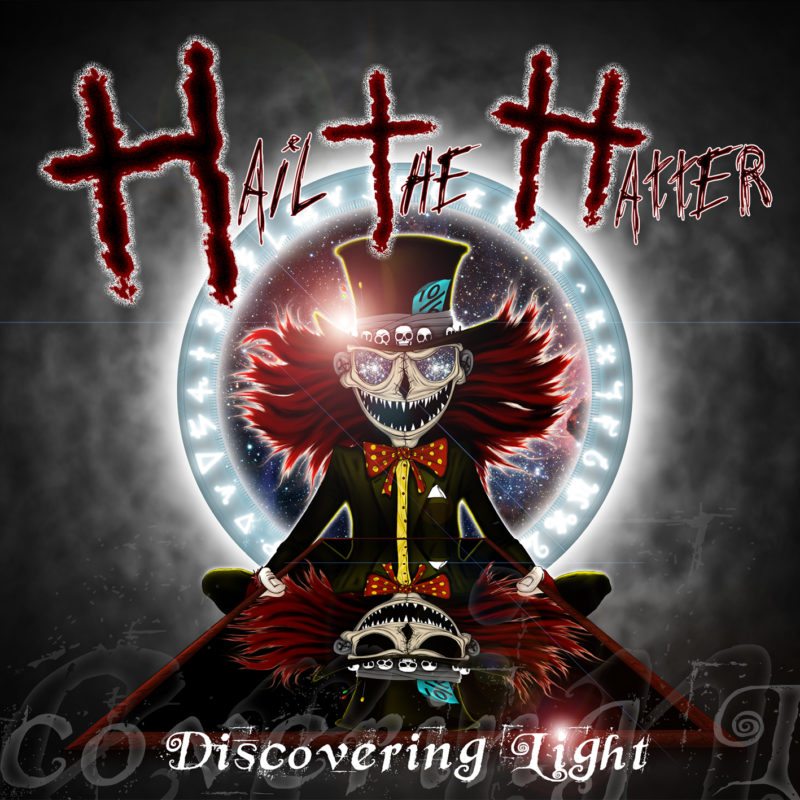 We don’t need radio, they need us!

Composed of seven tracks, the near full-length album is one of its kind. Belonging in a composition of old-school collections, Discovering Light most certainly is unpredictable and dangerous. With more twists and turns than your average daytime television soap opera, Hail The Hatter have collectively created an album that will draw you to the edge of your seat. “We have one guideline, “Is the song fun?” once we achieve that, I pretty much stick whatever sick twisted storyline on the song that my brain spits out.” Lyrically, the album comes on strong, instrumentally adding an aura of eerie with heavy bass and beefy riffs complemented by a series of cadenced and pugnacious drum segments. “Because of that the themes of our songs range from the ramblings of a man tied to his bed in an asylum, to a vampire queen, to heart break, and so much more.”

Discovering Light is on offer for free over at their official website, whilst being available to stream on most services including Spotify. It’s the first step into the industry for Hail The Hatter, and in their 3-year formation, the band have found their passion. “A band really is a family, and this band is such a fulfilling aspect of our lives and we really couldn’t do it without each other,” Boos explains, adding “The music we make exists because of the four individuals involved. Change the lineup and it would all change.”

Keep updated with Hail The Hatter via Facebook and be sure to head over to their official website to grab your free copy of Discovering Light.