Thought we had forgotten about international women’s’ day? You were wrong. We’ve been celebrating the best way we can – listening to as much music as we can. We’ve had The Distillers, PVRIS, Paramore, Against Me!, Flyleaf and much more running all day, but we decided to take the chance to put out some of the best up and coming. So without further ado, here is a few of our favourite female fronted bands that will really rock your socks off.

Forming in 2013, Milk Teeth are a four-piece band that has shared the stage with Sorority Noise, Citizen, Turnover and Creeper. The Gloucestershire band signed with Hopeless Records in 2015 and has gained a significant place in the up and coming scene, Milk Teeth are a very punk-oriented band taking clear influence from old-school grunge and punk bands such as The Distillers. Since their 2017 release of their Go Away EP, Milk Teeth has surged forward with masses of followers and fans. Just finishing a Canada and US tour, Milk Teeth are set to kick off their UK tour on the 13th of March in Bristol’s Exchange. 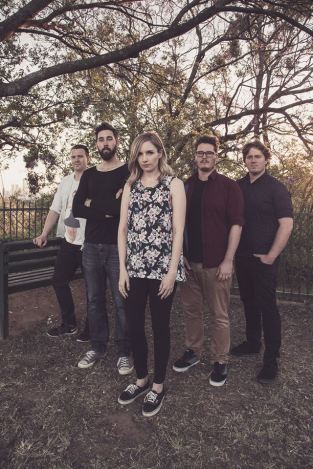 All the way over in Brisbane, Australia, All Hours is a five-piece pop punk band that took our hearts with their 2017 release of Sightseeing. Recently releasing The Brightside this year, All Hours is a brilliantly produced band with a distinctive sound and have their feet set solidly on the scene. The Australian five-piece is soon to be touring, kicking off March 16th at The Backroom.

Founded in 2015, Stand Atlantic is another brilliant pop-punk band hailing from the shores of Australia in Sydney. Their five-track album released last year literally took the scene by storm, with positive feedback and heavy reception. Stand Atlantic has since been riding momentum with ease as their audience stretches across the sea as far as the UK – and doesn’t stop there. Made up of three members, Stand Atlantic’s Sidewinder packs a massive punch with passion and energy resonating from their sound.

Based in Sheffield, UK, Air Drawn Dagger are a force to be reckoned with. Borrowing their name from Shakespeare’s Hamlet, the alternative rock band are growing in every aspect. Drawing from elements from grunge, rock and punk, their music is organic in nature with clear-cut direction drawing in loyal fans from around the globe. Currently, in the midst of releasing music, Air Drawn Dagger have a limited portfolio behind them but show buckets of energy and chemistry as they find their established sound. Releasing their single tomorrow, Air Drawn Dagger move forward in their career and really bring to life the old-school sound of distorted guitars, heavy drums and ultimately, the sound of punk.

Want to hear more? Head over to Spotify where we have created a playlist of all our favourites and more. Happy international women’s day! xo